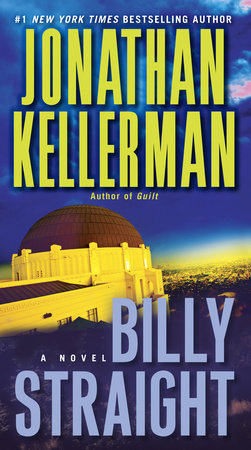 A resourceful runaway alone in the wilds of Los Angeles, twelve-year-old Billy Straight suddenly witnesses a brutal stabbing in Griffith Park. Fleeing into the night, Billy cannot shake the horrific memory of the savage violence, nor the pursuit of a cold-blooded killer. For wherever Billy turns—from Hollywood Boulevard to the boardwalks of Venice—he is haunted by the chuck, chuck sound of a knife sinking into flesh.

As LAPD homicide detective Petra Connor desperately searches for the murderer, as the media swarms mercilessly around the story, the vicious madman stalks closer to his prey. Only Petra can save Billy. But it will take all her cunning to uncover a child lost in a fierce urban labyrinth—where a killer seems right at home.

“Taut, compelling . . . Everything a thriller ought to be. The writing is excellent. The plotting is superior. The characters ring true.”—USA Today