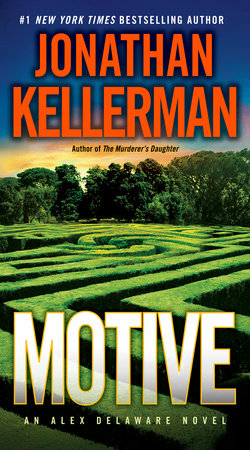 Even having hundreds of closed cases to his credit can’t keep LAPD police lieutenant Milo Sturgis from agonizing over the crimes that don’t get solved—and the victims who go without justice. Victims like Katherine Hennepin, a young woman strangled and stabbed in her home. A single suspect with a solid alibi leads to a dead end—one even Alex Delaware’s expert insight can’t explain. The only thing to do is move on to the next murder case—because there’s always a next one.

This time the victim is Ursula Corey: a successful, attractive divorcée who’s been gunned down—not a robbery but an execution, a crime that smacks of simple, savage revenge. And along with that theoretical motive come two strong contenders for the role of perp: the dead woman’s business partner/ex-husband and her divorce lawyer/secret lover. But just as Alex and Milo think they’re zeroing in on the most likely suspect, a bizarre new clue stirs up eerie echoes of the unsolved Hennepin murder. And the discovery of yet another crime scene bearing the same taunting signature raises the specter of a serial killer on a mission, whose twisted method is exceeded only by his manipulative and cunning madness.

“Jonathan Kellerman has mastered the art of lean, evocative prose [in] a series that grows stronger with each volume.”—New York Journal of Books

“One of [Kellerman’s] best works to date . . . Motive is wonderfully made, equally well-driven by plot and character, and shouldn’t be missed.”—Bookreporter

“[Motive] will even keep genre veterans guessing. . . . The twists are both shocking and logical, and the byplay between the leads entertaining.”—Publishers Weekly

“A master of the psychological thriller.”—People

“The combination of Alex Delaware [and] Detective Milo Sturgis . . . makes for the most original whodunit duo since Watson and Holmes.”—Forbes