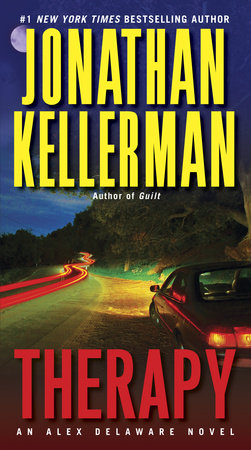 Behind the yellow crime-scene tape, a brutal tableau awaits. On a lonely lovers’ lane in the hills of Los Angeles, a young couple lies murdered in a car. Each victim bears a single gunshot wound to the head. Though the female remains unidentified, her male companion has a name—Gavin Quick—and a troubled past that had landed him on a therapist’s couch.

It’s there, on familiar turf, that psychologist-sleuth Alex Delaware hopes to find vital clues. And that means going head-to-head with Dr. Mary Lou Koppel, a celebrity psychologist who fiercely guards the privacy of her clients . . . alive or dead. As Delaware follows a chain of greed, corruption, and betrayal snaking hideously through the profession he thought he knew, he’ll cross into territory even he never dreamed of treading.